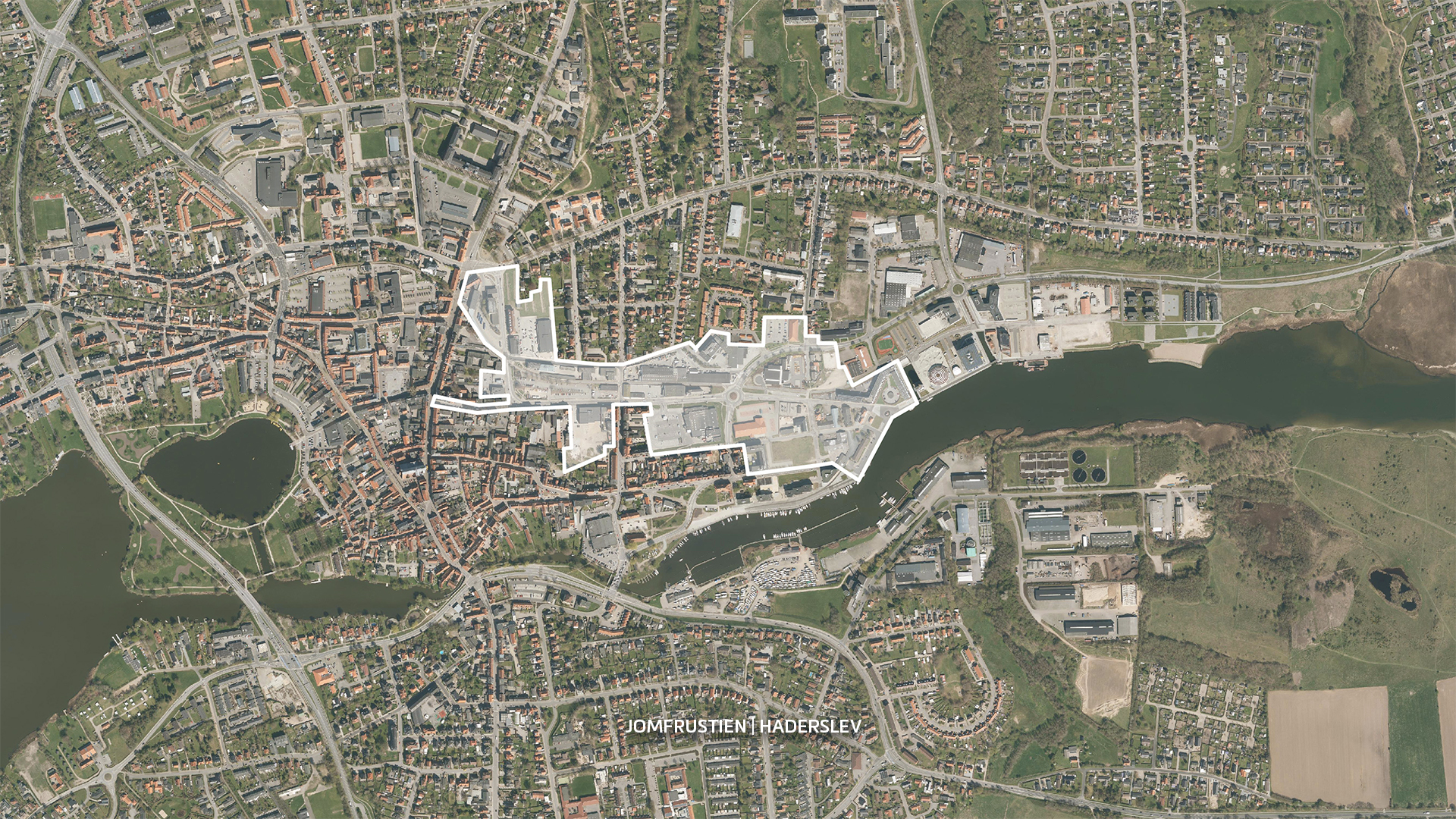 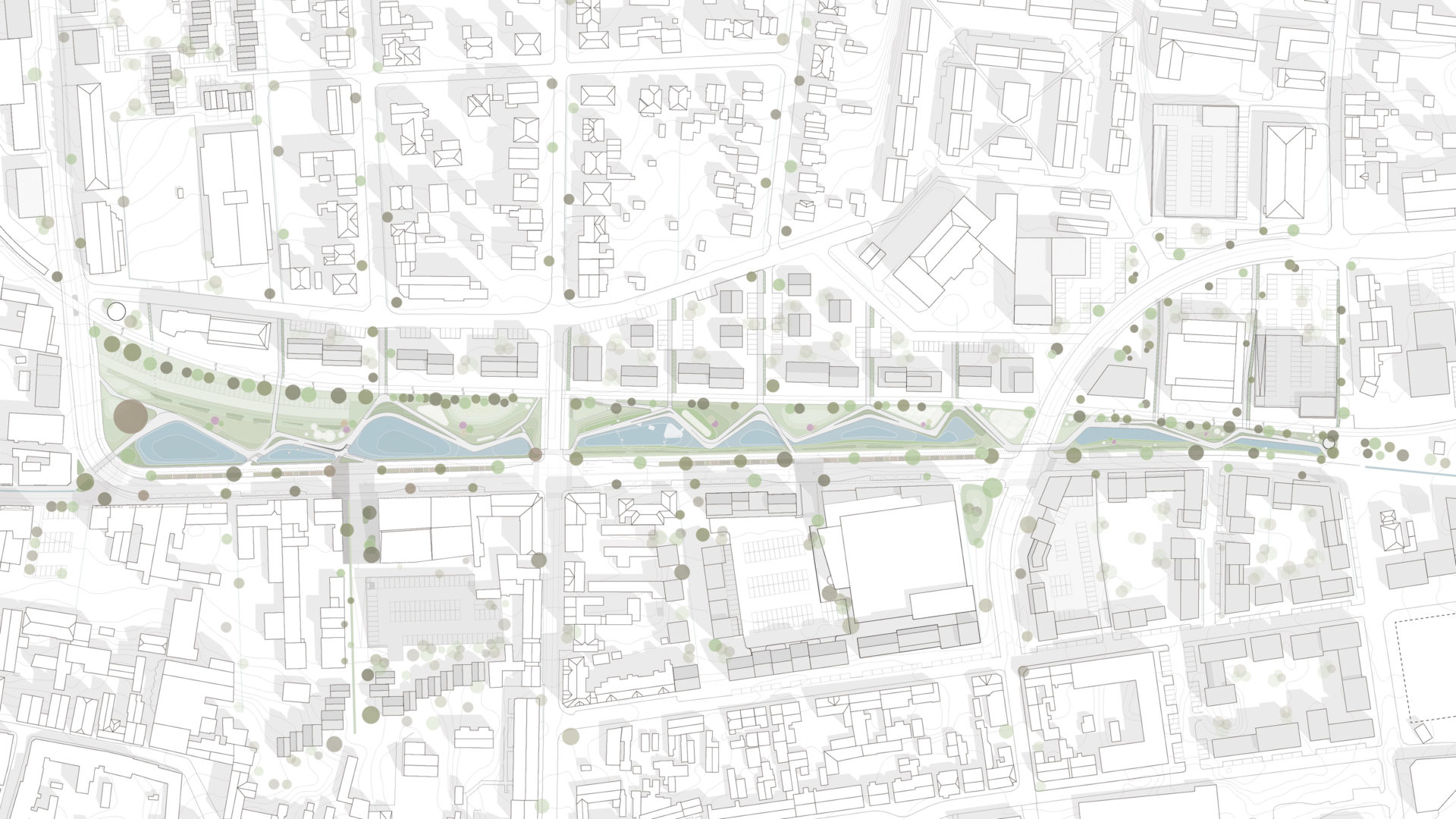 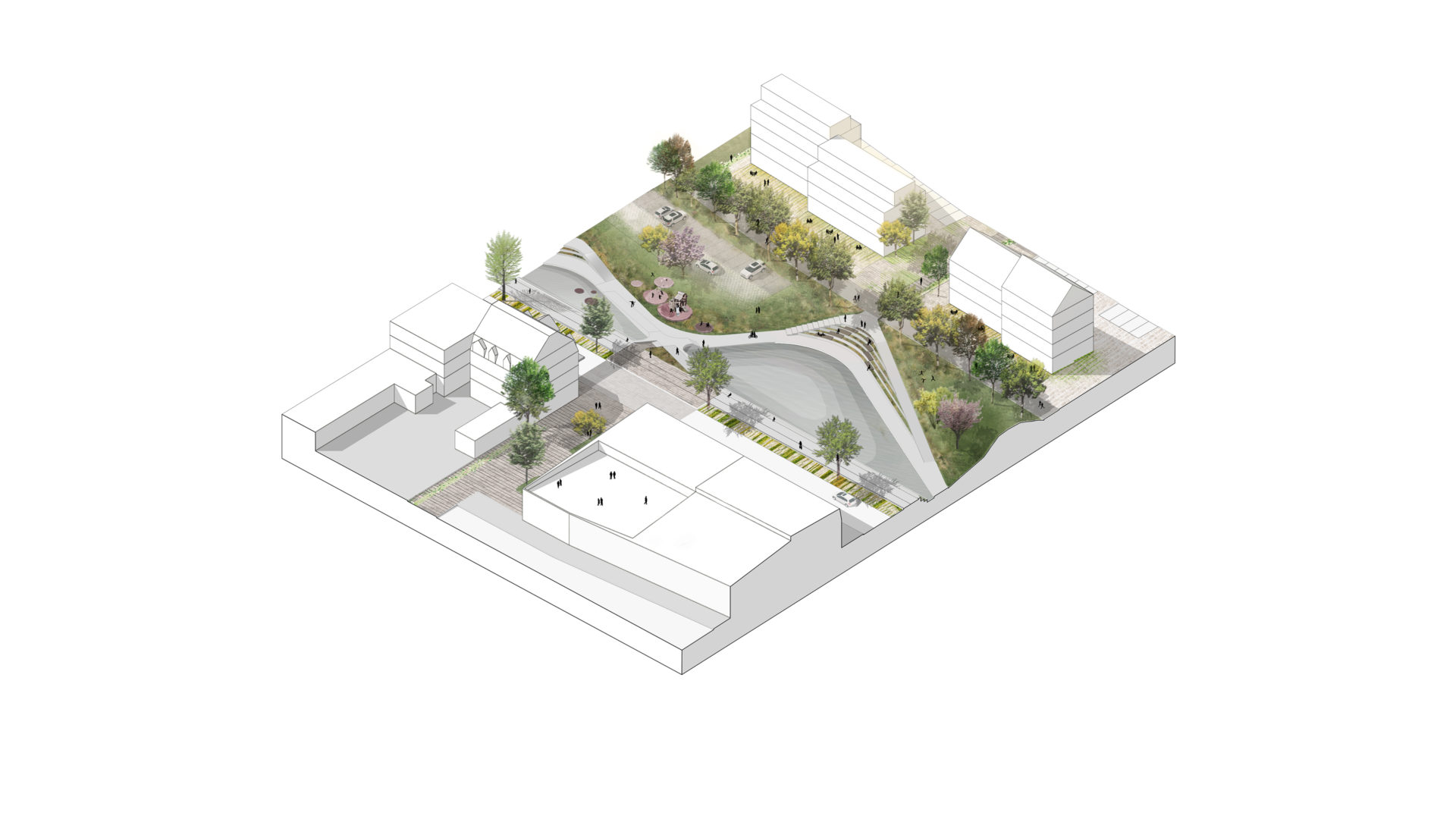 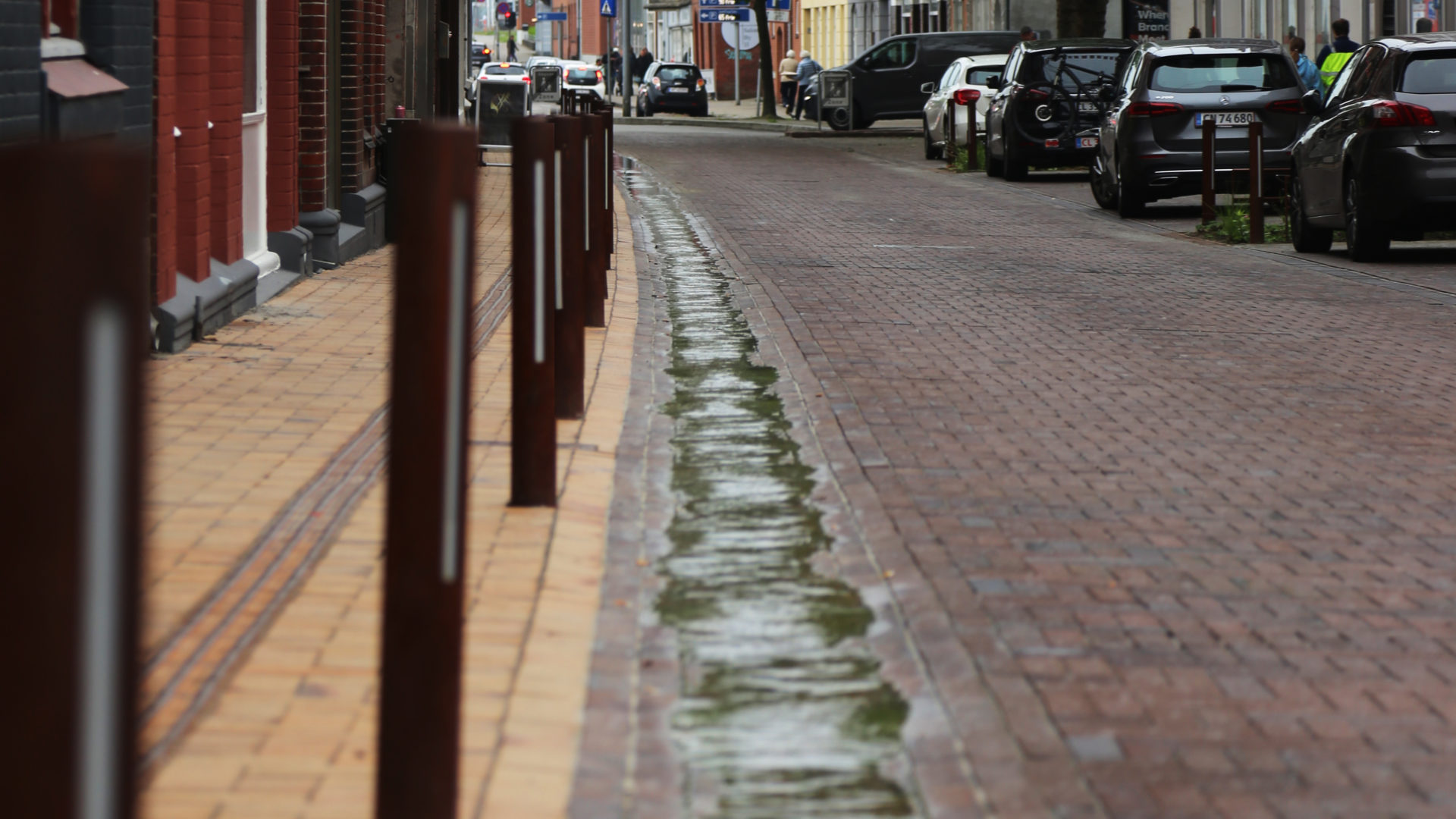 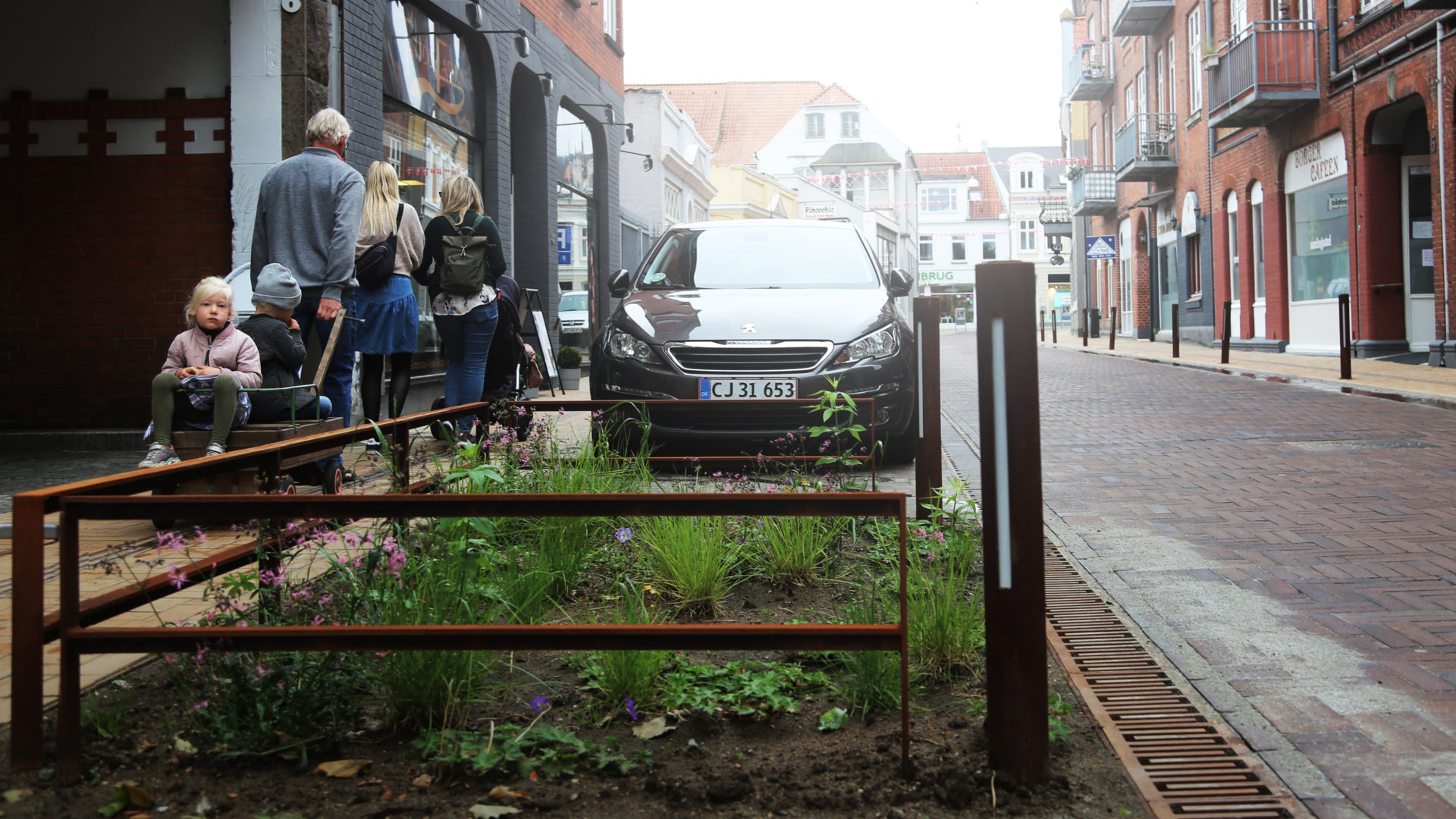 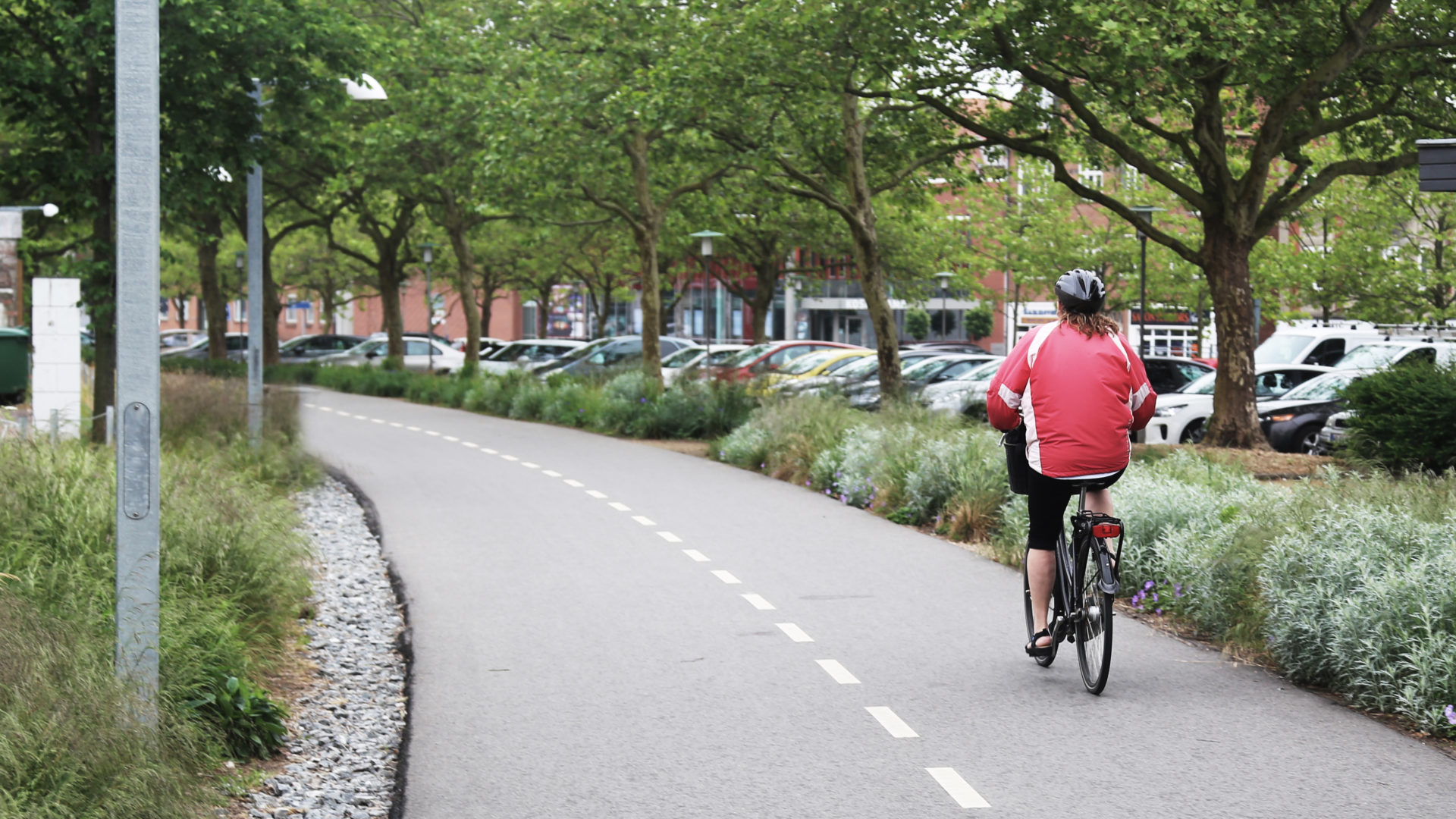 Decades with recurring floodings has left this central area in Haderslev neglected and unsuitable for urban development. The rainwater basins of this one mile park stretch solves the issue, leaving a costly expansion of the sewer system redundant.

The park furthermore brings urban life back to the district, offering a much needed recreational landscape with improved biodiversity along the water.

URBAN POWER designed the winning entry in the open competition. The initial plans were developed further  through public workshops and then adjusted accordingly in close collaboration with the local utility, authorities and the city council.

The park will collect rainwater from ordinary precipitation as well as extreme cloudbursts. Primarily it will serve as the green vein of the city, connecting the centre with the harbour along an active track for both cyclists and pedestrians. The public space will be enhanced by the stepwise development of housing, commercial and public facilities, creating stops and destinations along the park’s attractive sites.

The urban plan provides the municipality with a flexible and operative manual for the development, divided into four affordable stages. The first stage – connecting the city center with the park – was finalised in 2019.